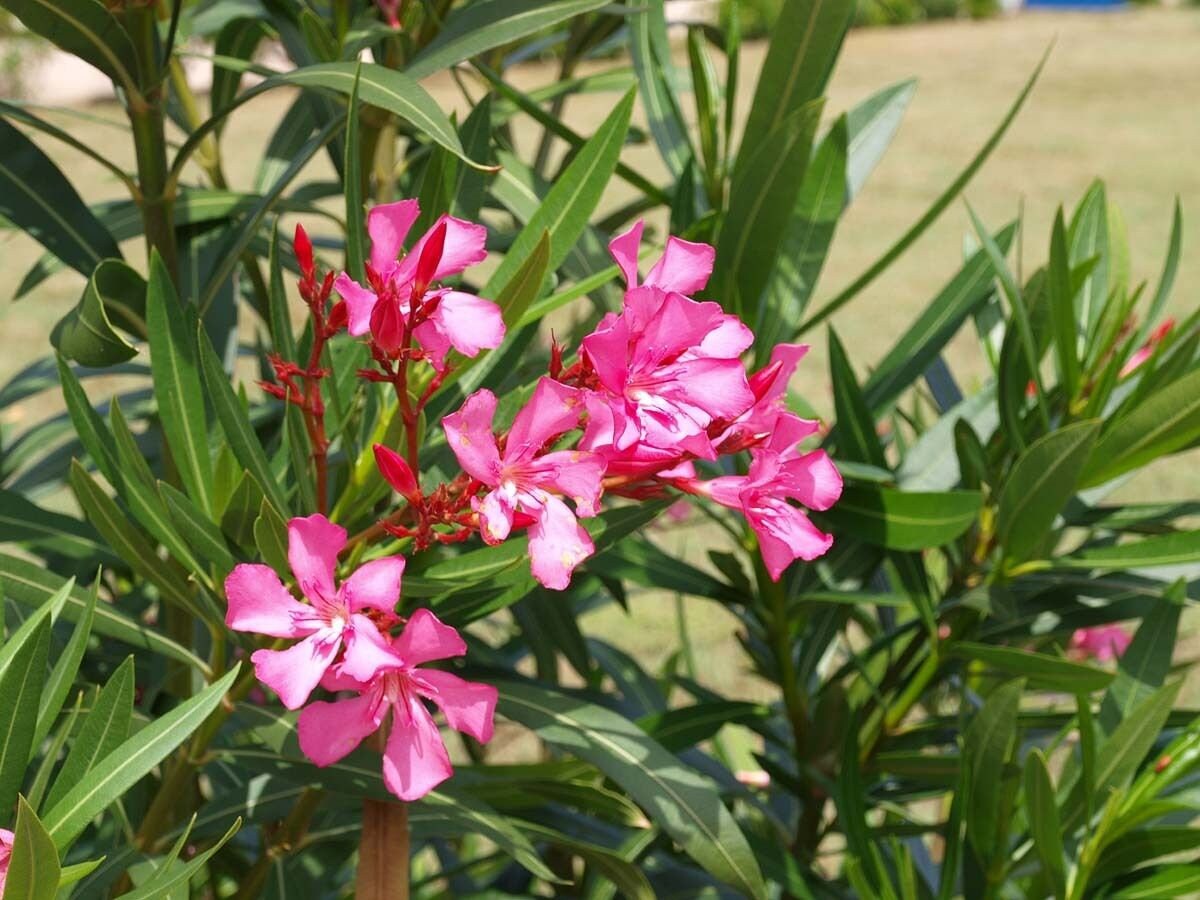 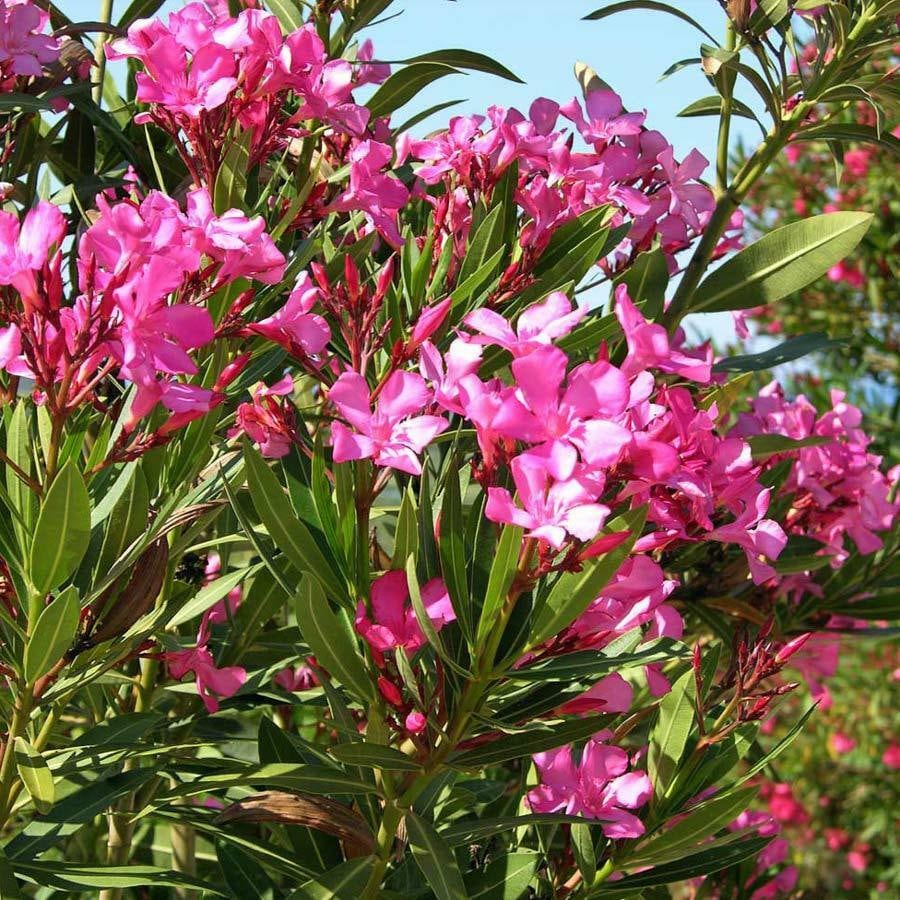 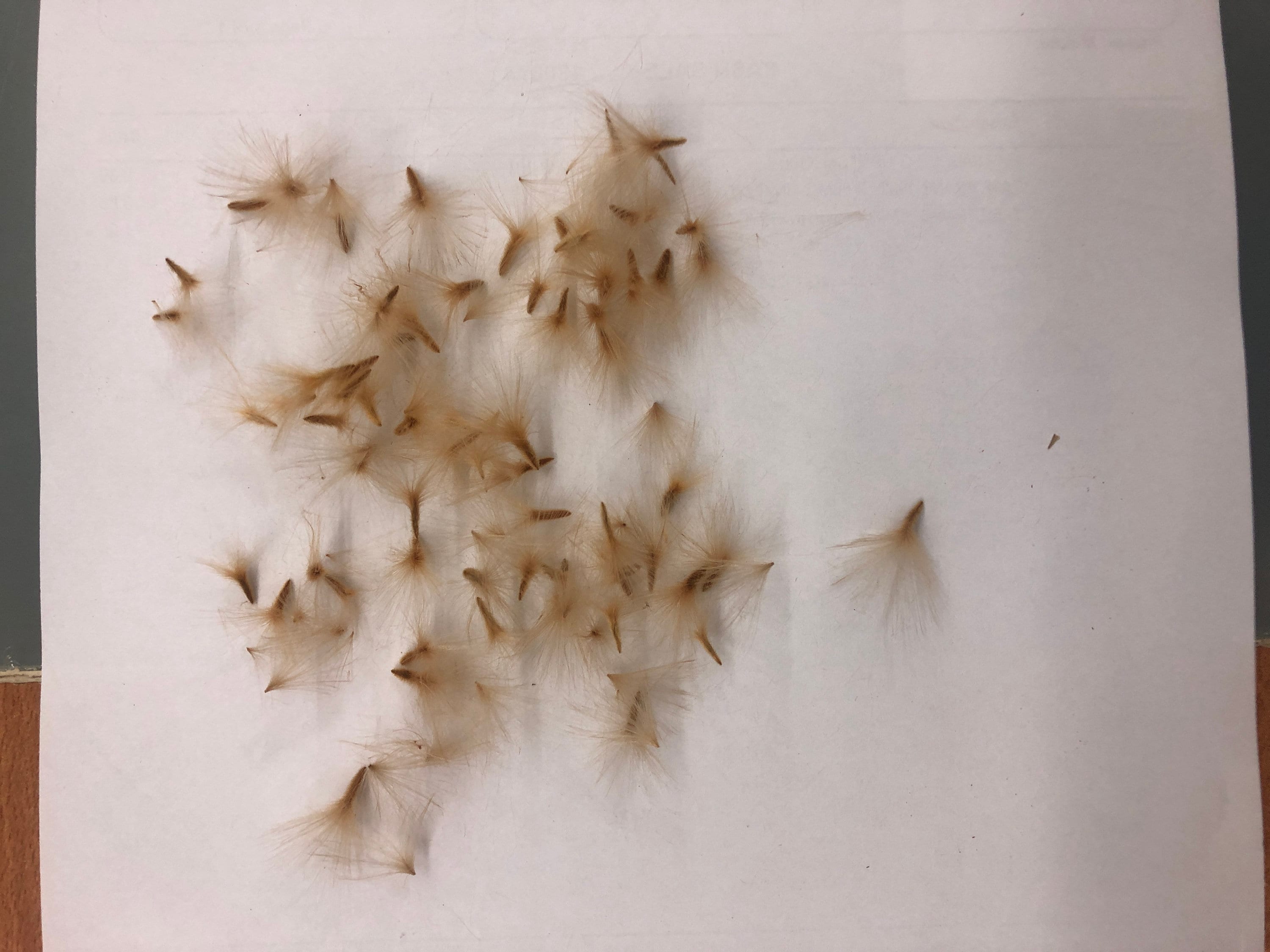 The first 2 photos show the flowers, the 3rd photo shows how the seeds look

This is a beautiful shrub, which covers itself in Pink flowers for a long period in summer.

They are often, but not always, sweet-scented. The fruit is a long narrow capsule 5–23 cm (2.0–9.1 in) long, which splits open at maturity to release numerous downy seeds. Oleander is a vigorous grower in warm subtropical regions, where it is extensively used as an ornamental plant in parks, along roadsides, and as a windbreak.

It will tolerate occasional light frost down to −10 °C (14 °F)., though the leaves may be damaged. The toxicity of Oleander renders it deer-resistant.

The plant is tolerant of poor soils, salt spray, and sustained drought, although it will flower and grow more vigorously with regular water. Nerium Oleander also responds well to heavy pruning, which should be done in the autumn or early spring to keep plants from becoming unruly. In cold-winter climates Oleander can be grown in greenhouses and conservatories, or as potted indoor plants that can be kept outside in the summer.

Oleander flowers are showy, profuse, and often fragrant, which makes them very attractive in many contexts. Over 400 cultivars have been named, with several additional flower colors not found in wild plants having been selected, including red, pink, yellow, and salmon; white and a variety of pinks are the most common. Double flowered cultivars like 'Mrs Isadore Dyer' or 'Mont Blanc' are enjoyed for their large, rose-like blooms and strong fragrance.

Many dwarf cultivars have also been developed, which grow only to about 10' at maturity. In most Mediterranean climates they can be expected to bloom from April through October, with their heaviest bloom usually in May or June.