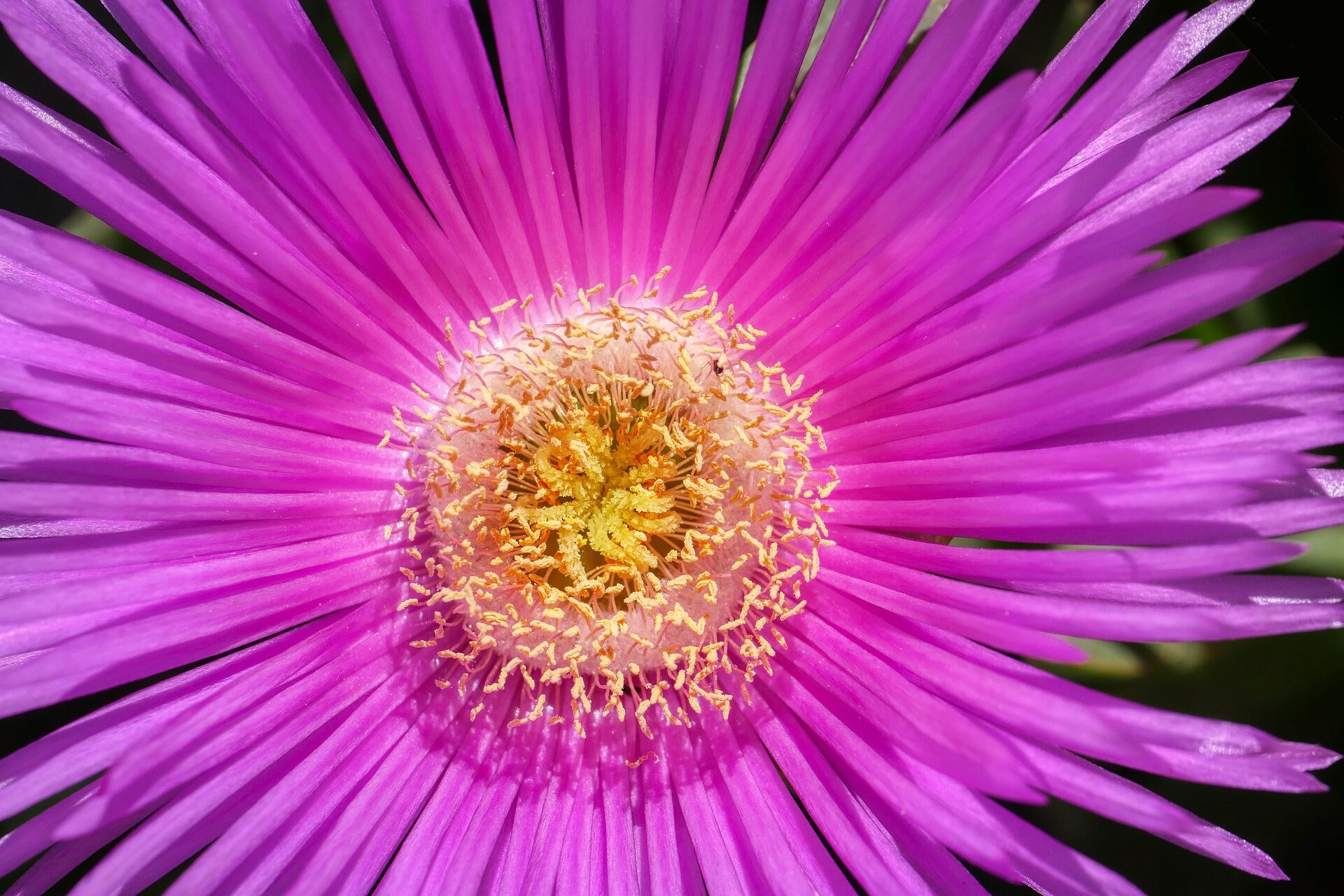 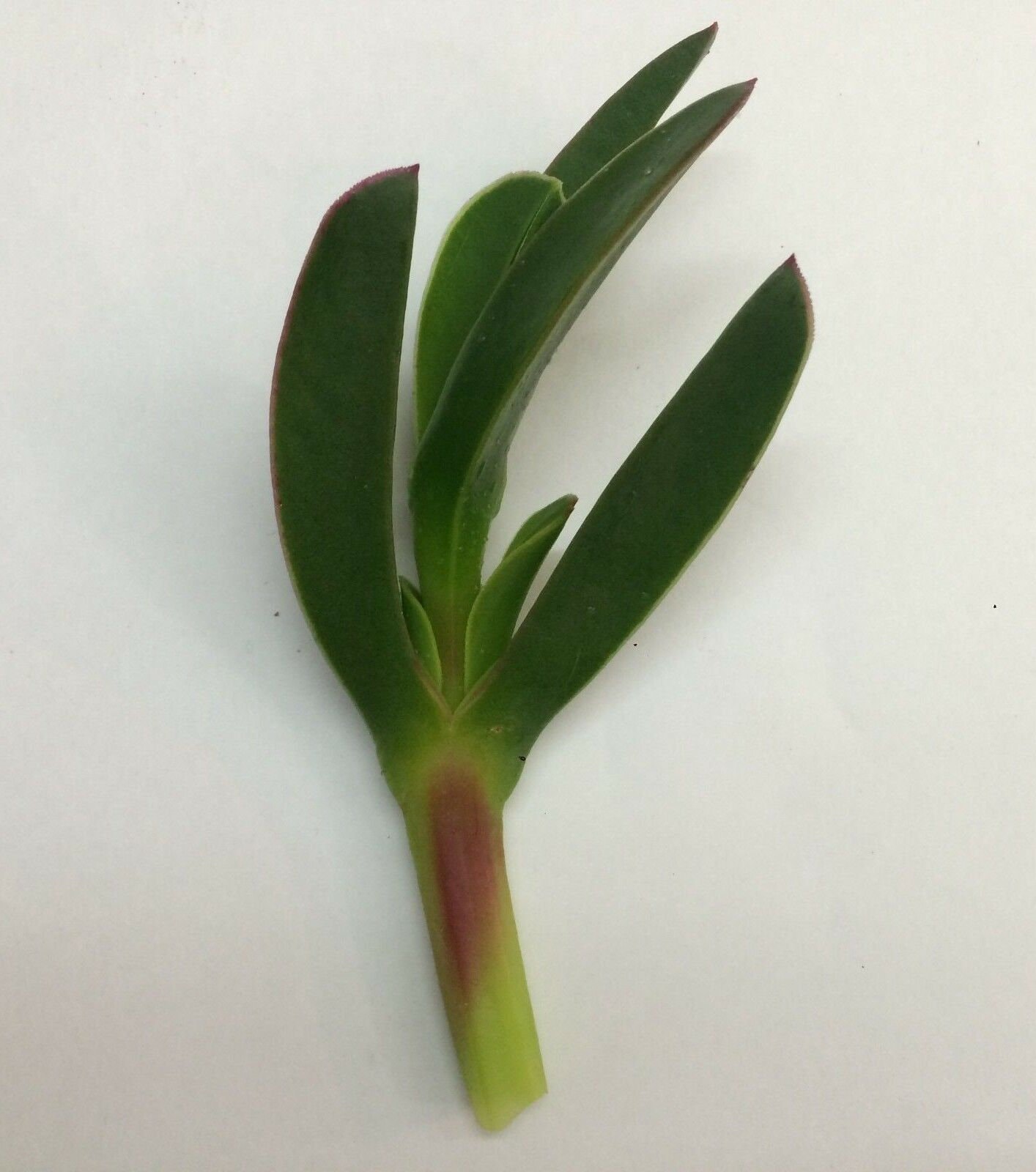 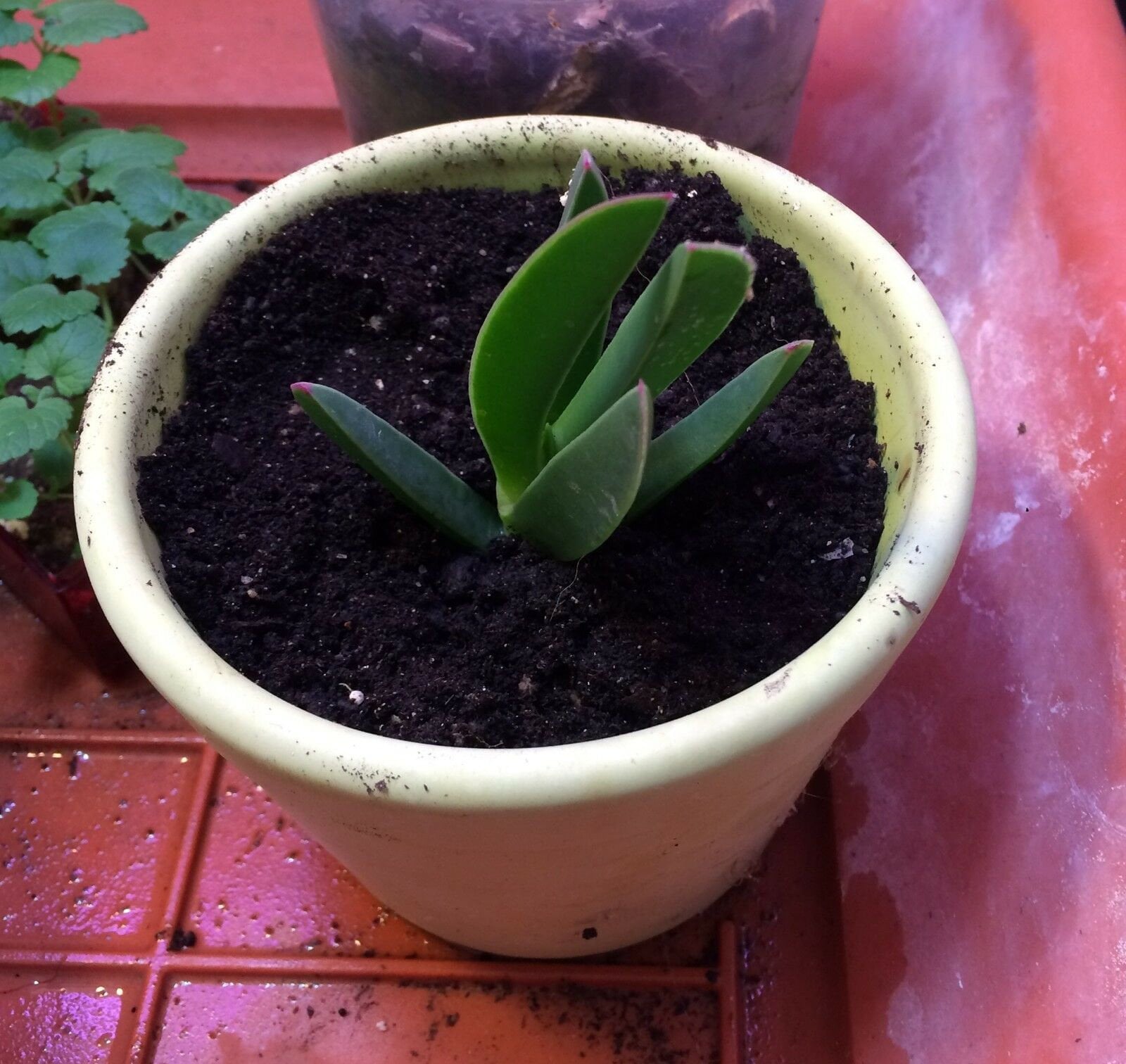 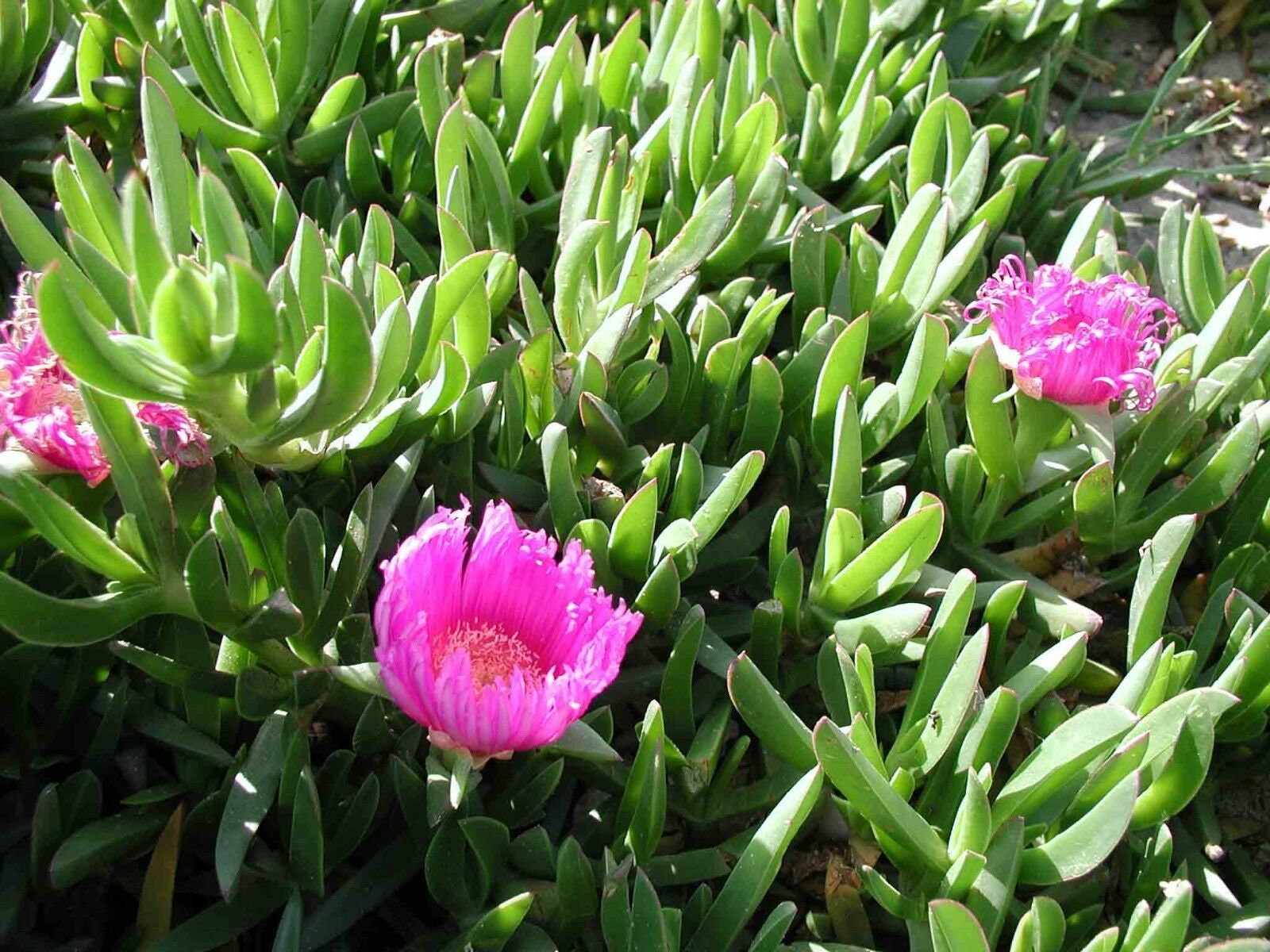 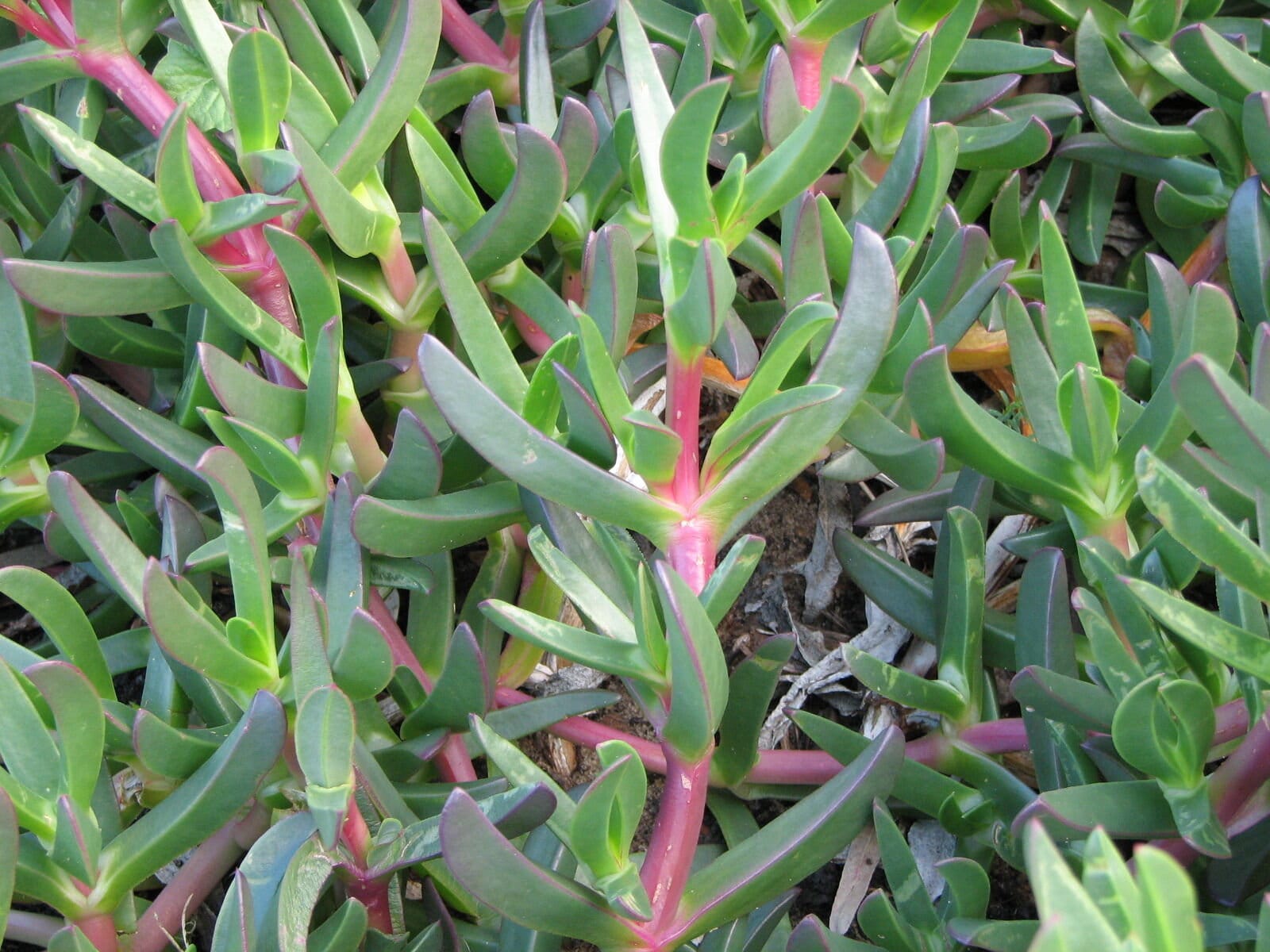 
Provided with a guide

Not rooted but they will root and grow easily

Second pictures shows one of the two pieces provided

The plant is sometimes harvested from the wild for its edible fruit and it is also cultivated both as an ornamental and for its ability to
stabilize sandy soils.

This species of Carpobrotus ("Sour fig") bears bright pink-purple flowers and, like its relatives, forms a sprawling succulent groundcover.

It can be distinguished from its related species by its short, stout, gray-green leaves.

These are acinaciform: mildly curved and shaped like a sabre, and having the shape of an isosceles triangle in cross-section, if cut perpendicularly