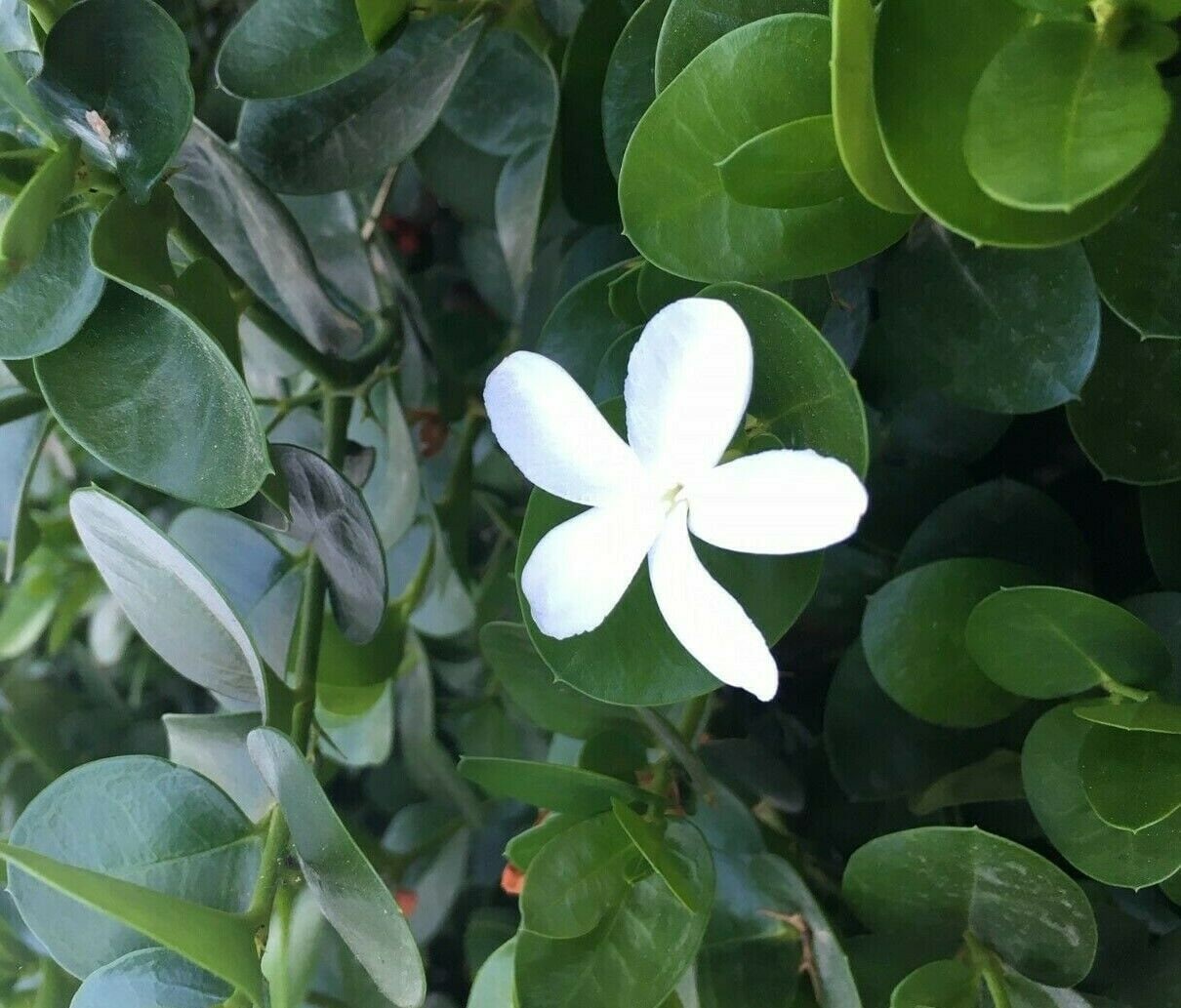 10 Fresh seeds with link to germination and growing guide
Carissa macrocarpa is a shrub native to South Africa.
It is commonly known as the Natal plum and, in South Africa, the large num-num.
In Zulu, as well as in the Bantu tribes of Uganda, it is called Amathungulu or umThungulu oBomvu.
In Afrikaans the fruit is called noem-noem.
C. macrocarpa deals well with salt-laden winds, making it a good choice for coastal areas.
It is commonly found in the coastal bush of the Eastern Cape and Natal.
It produces shiny, deep green leaves and snowy white flowers whose perfumed scent intensifies at night.
Like other Carissa species, C. macrocarpa is a spiny, evergreen shrub containing latex.
They bloom for months at a time.
The ornamental plump, round, crimson fruit appears in summer and fall (autumn) at the same time as the blooms.
In moderate, coastal areas the fruits appear through the year.
The fruit can be eaten out of hand or made into pies, jams, jellies, and sauces