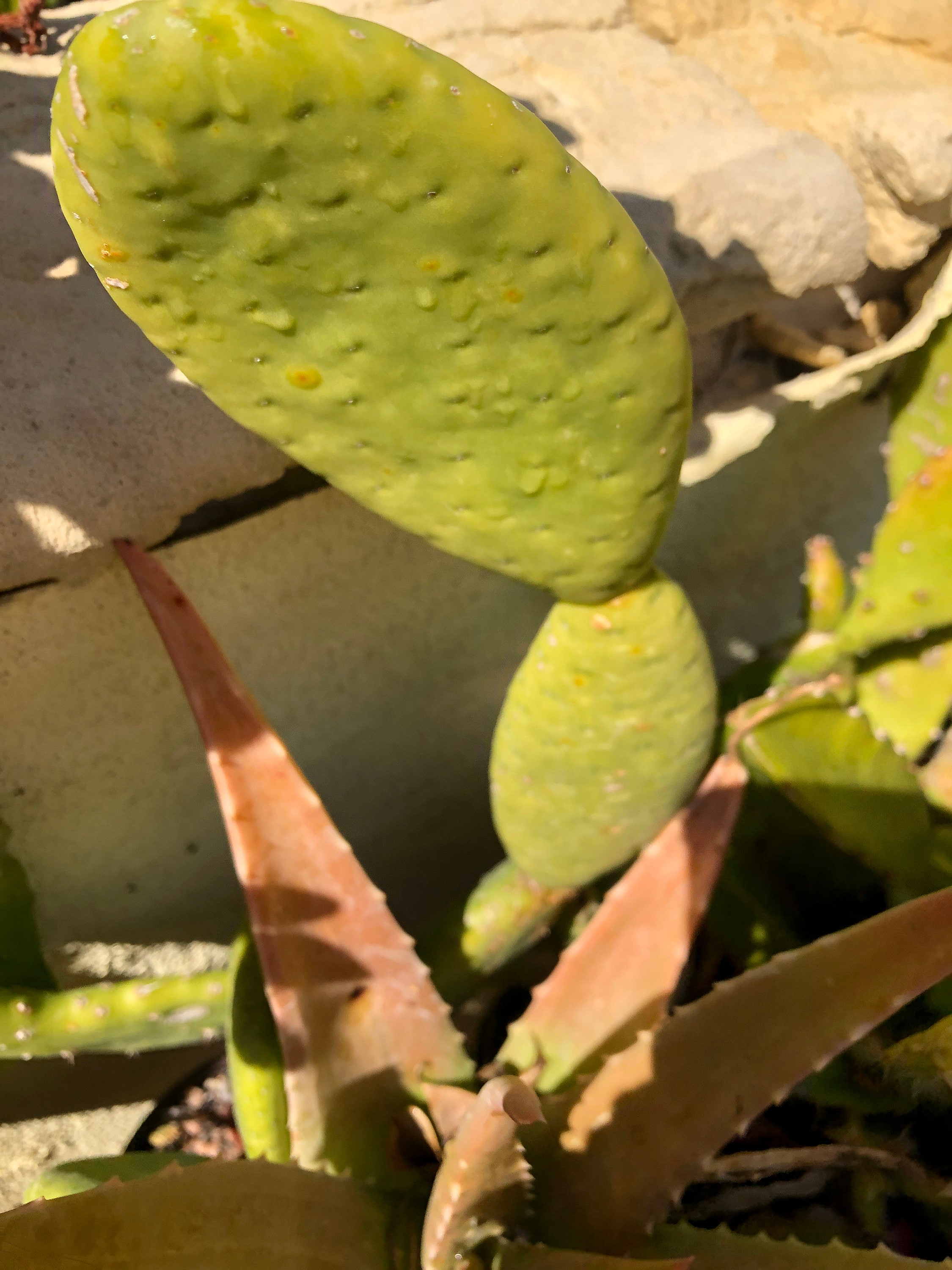 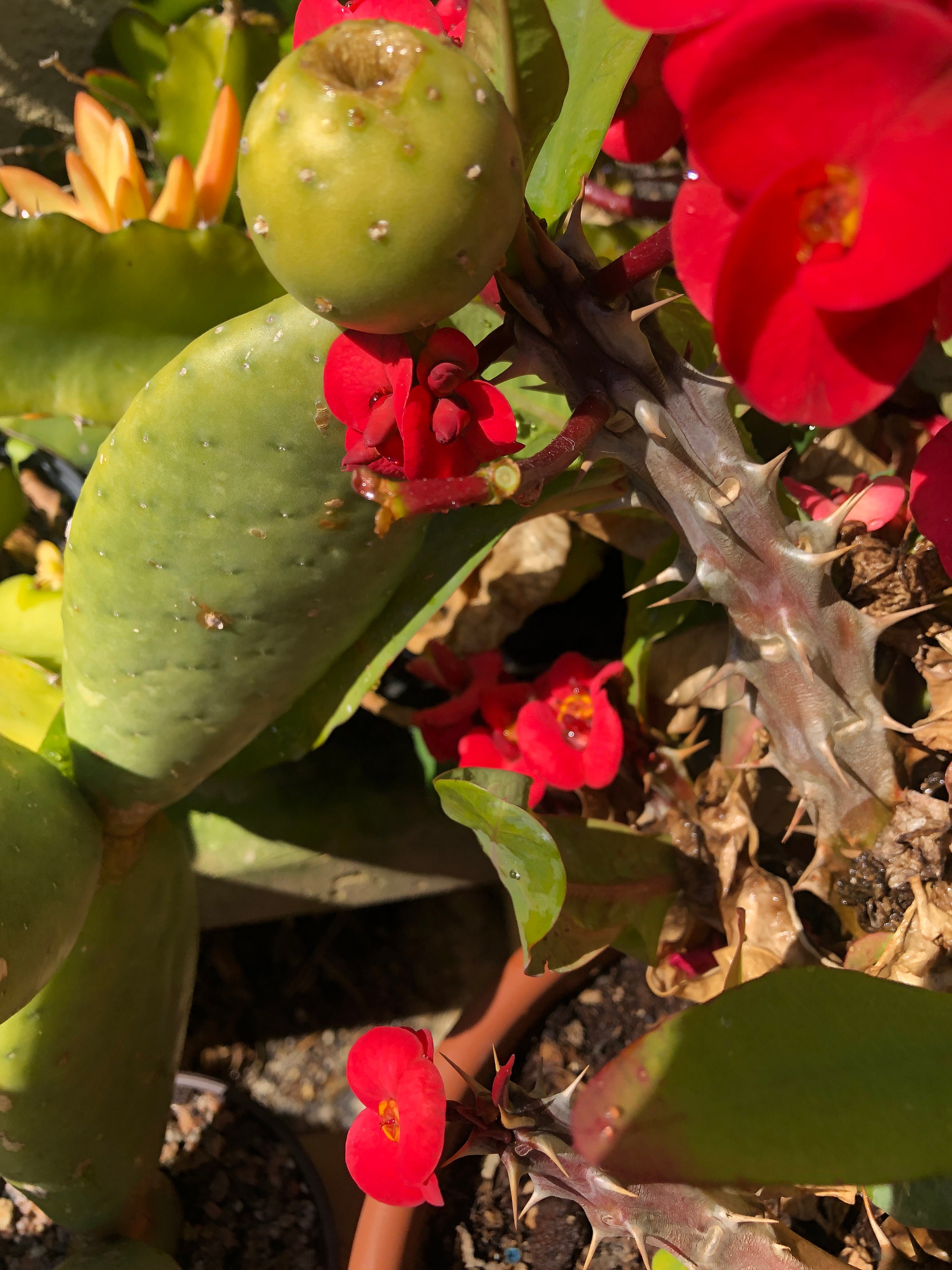 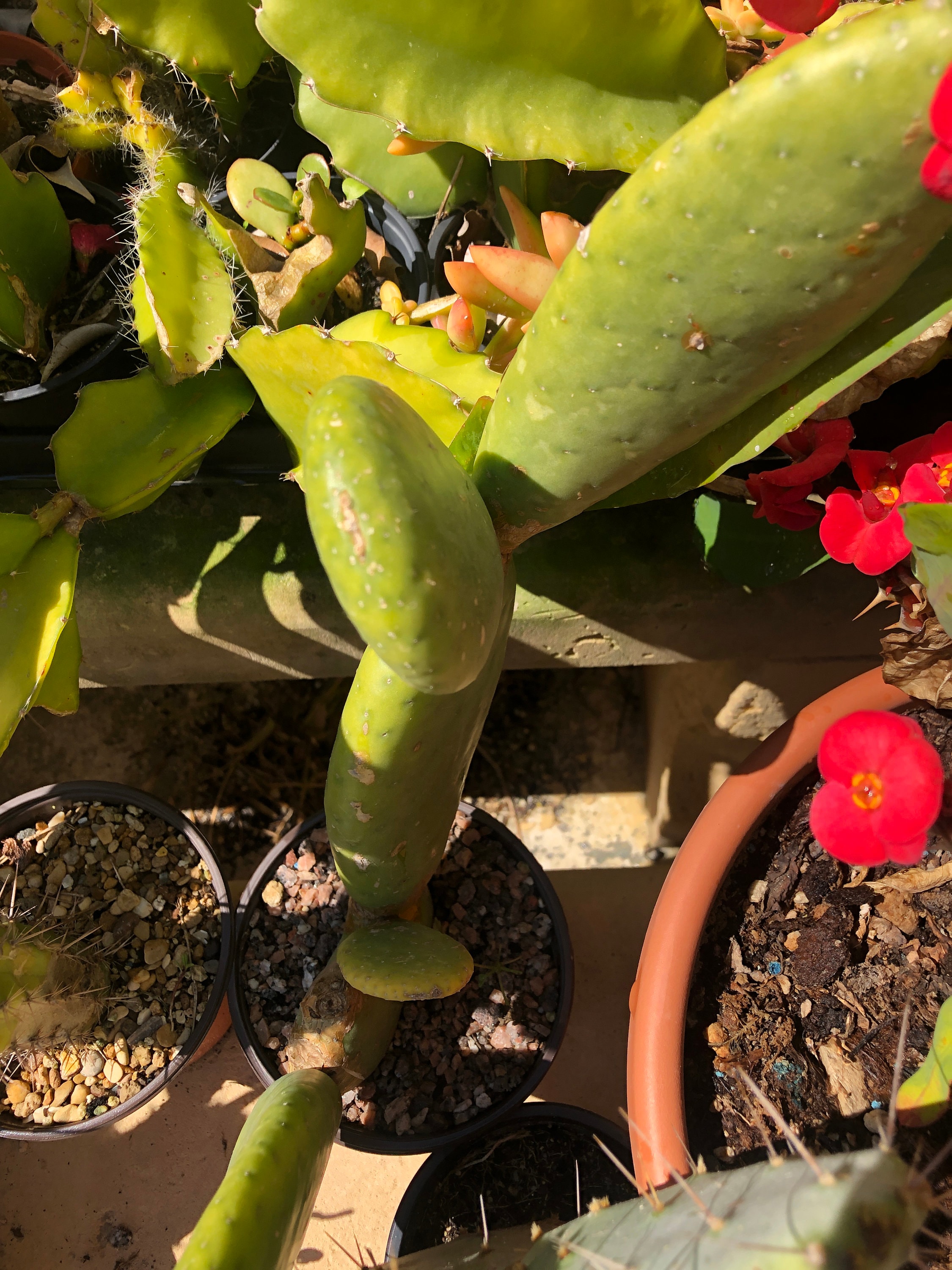 Provided with a growing guide

Once established they grow quite quickly

Origin and Habitat:
Tacinga inamoena is is widespread throughout eastern Brazil: it occurs from the middle drainage of the Rio Jequitinhonha (Minas Gerais) northwards to northernmost Maranhão and Tocantins, and westwards on sandstone outcrops in the cerrado of western Bahia.

It is one of the most common cacti in the region.

Tacinga inamoena is usually found on rocks (including inselbergs) or very stony ground on nearly every type of substrate on outcrops of a range of rock types: gneiss, granite, quartzite, sandstone, and limestone, both in open caatinga and campo rupestre or sometimes in sheltered situations and forming dense, extensive thickets.

This plant tolerates some disturbance. Mining and deforestation of the caatinga for agriculture, including crops and livestock holding, are minor threats for Tacinga inamoena.

Although abundant and mostly spineless, is avoided by all kinds of grazing animals, even when the country is devoid of other suitable forage.

Its population is currently stable despite the existence of local threats.

For the most part, the distribution of T. inamoena saxatilis does not overlap that of Tacinga saxatilis, but there are places where they grow together, sometimes hybridizing.