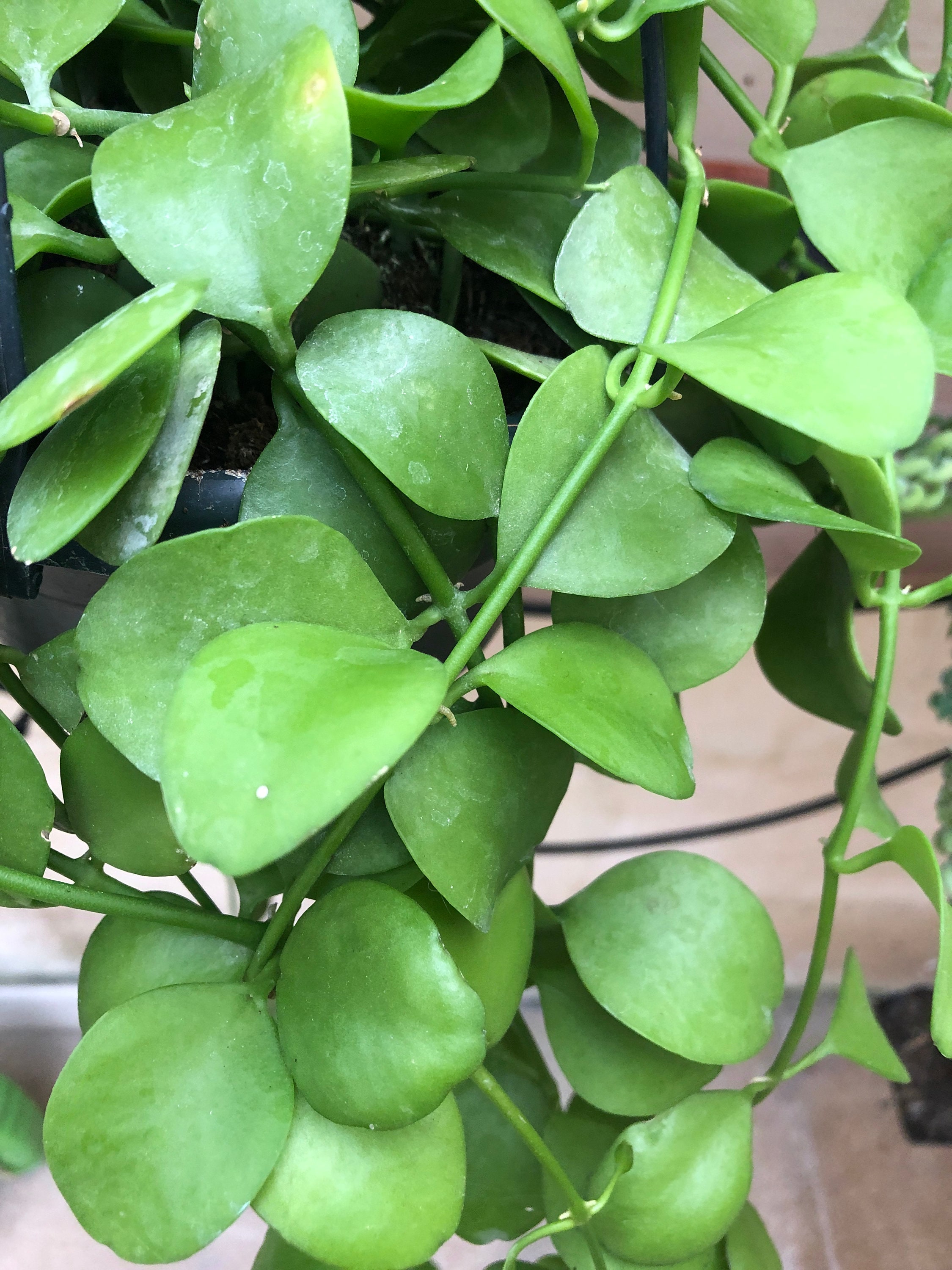 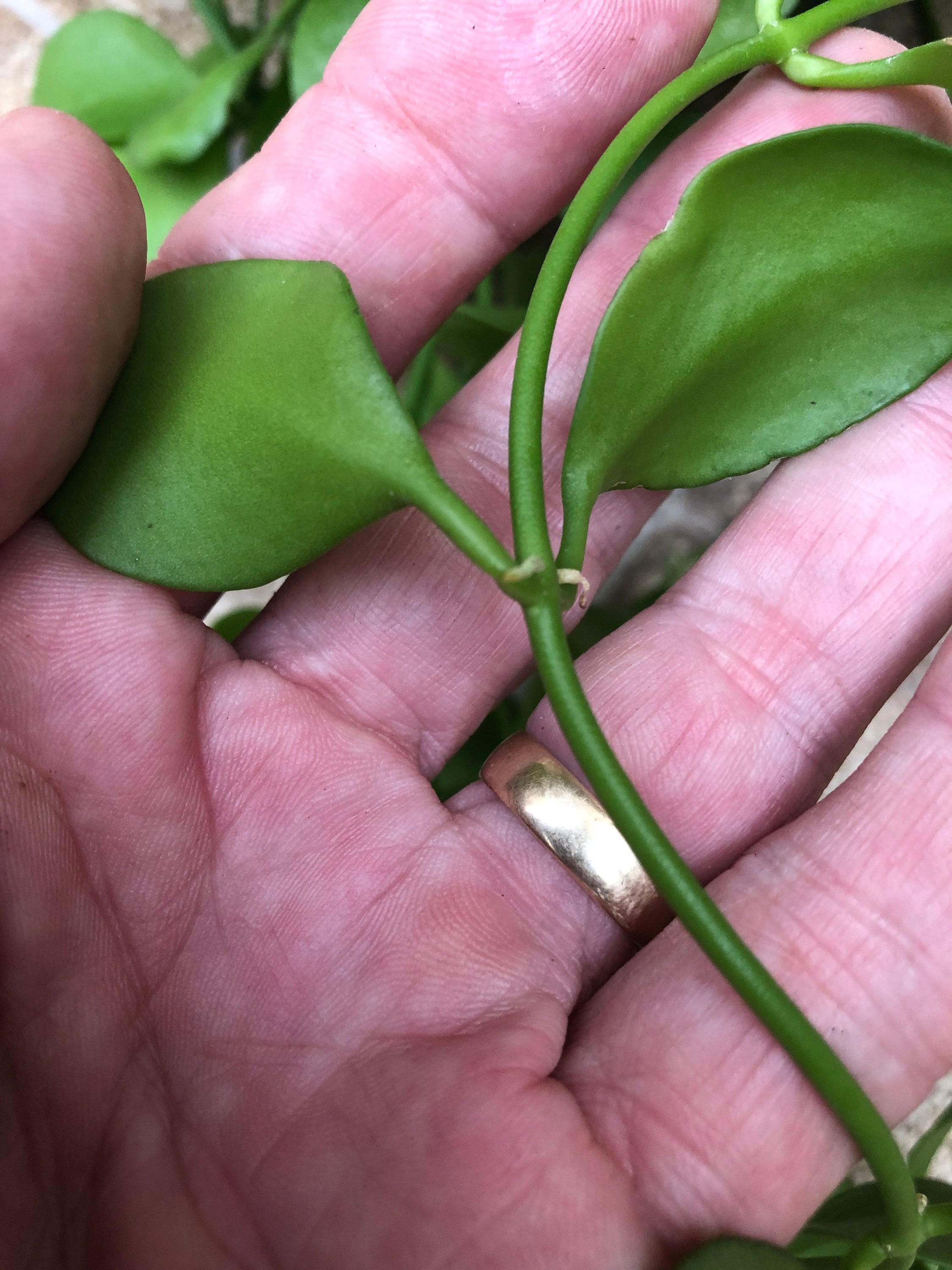 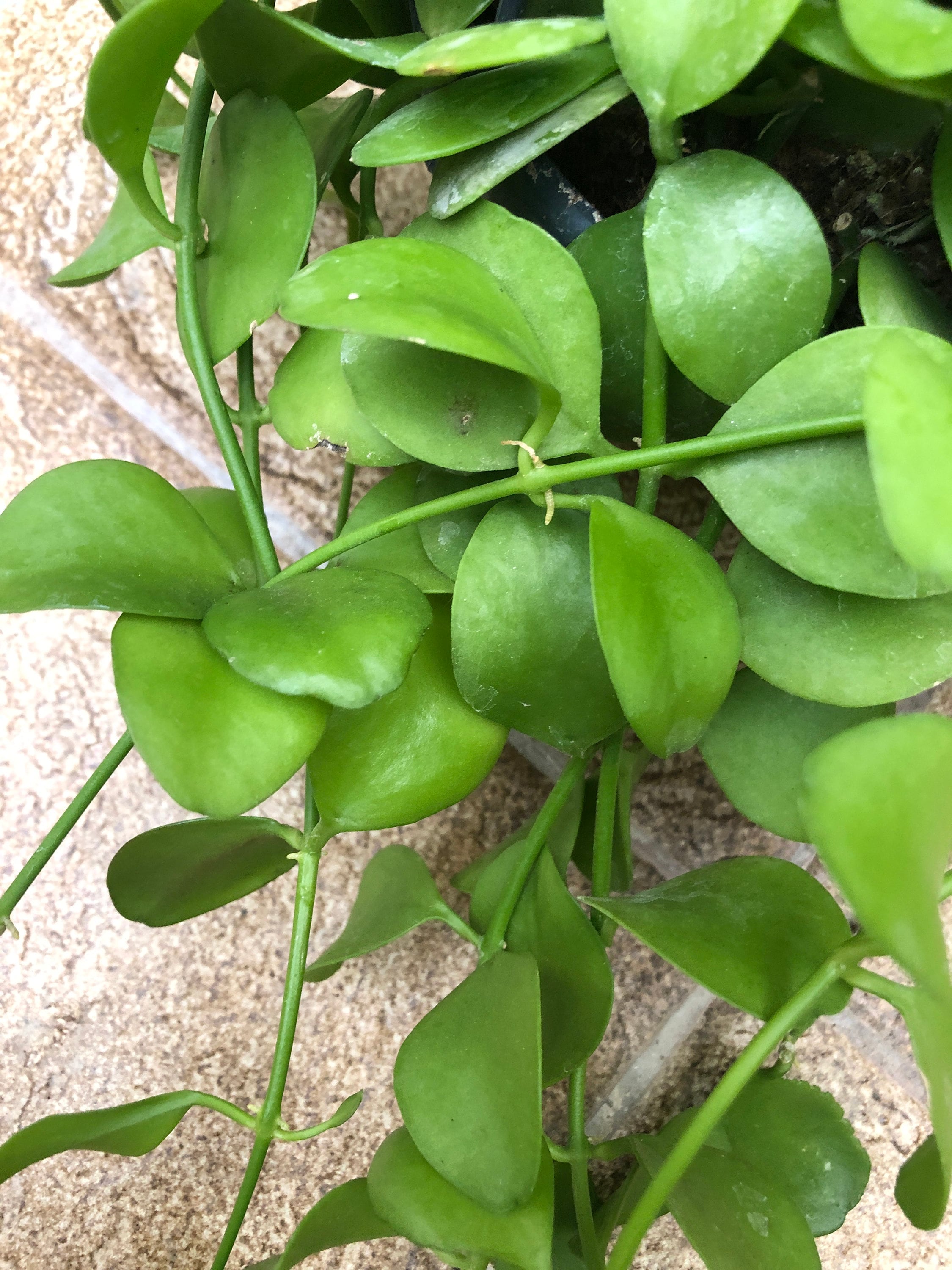 Small roots at the leaf nodes, just plant in suitable medium and it will grow well

This is Dischidia platyphylla, which is sometimes called Shingle Plant because the leaves tend to overlap as the grow up or down the surface and give the appearance of shingles on a roof. Growing to 6-feet long, this vine has many thin, twining branches.

It grows in rainforests as an epiphyte.